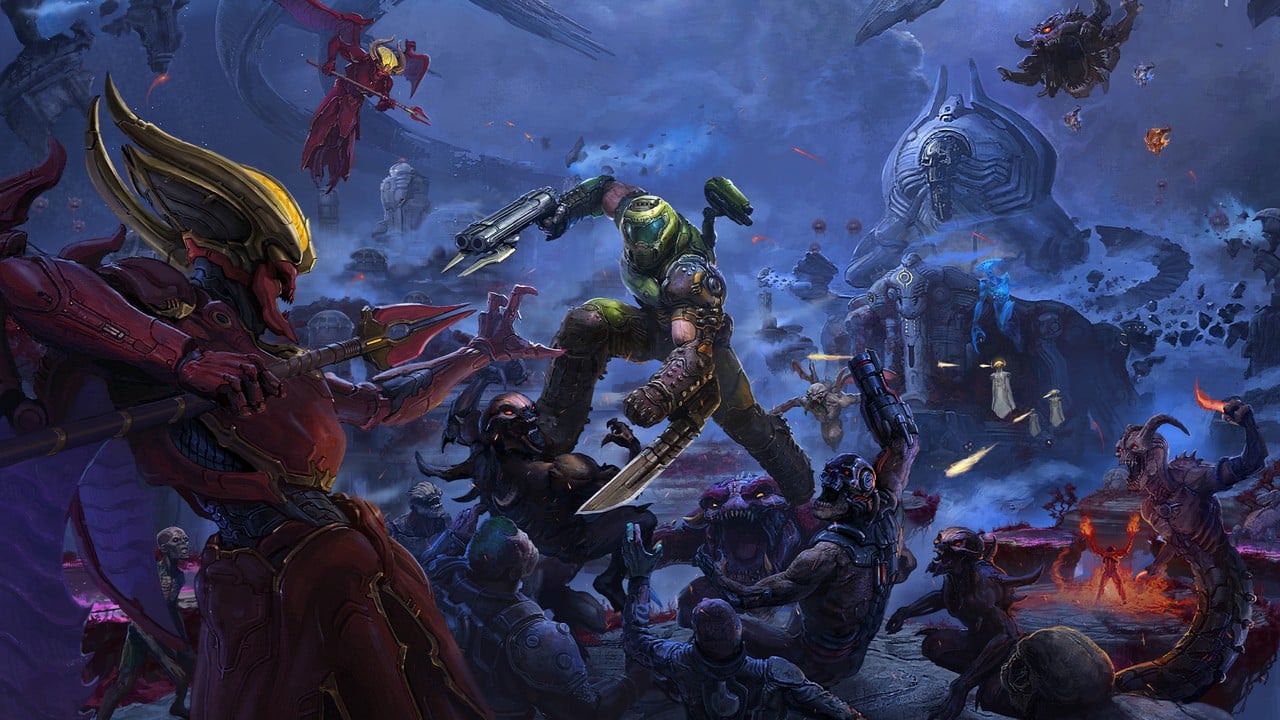 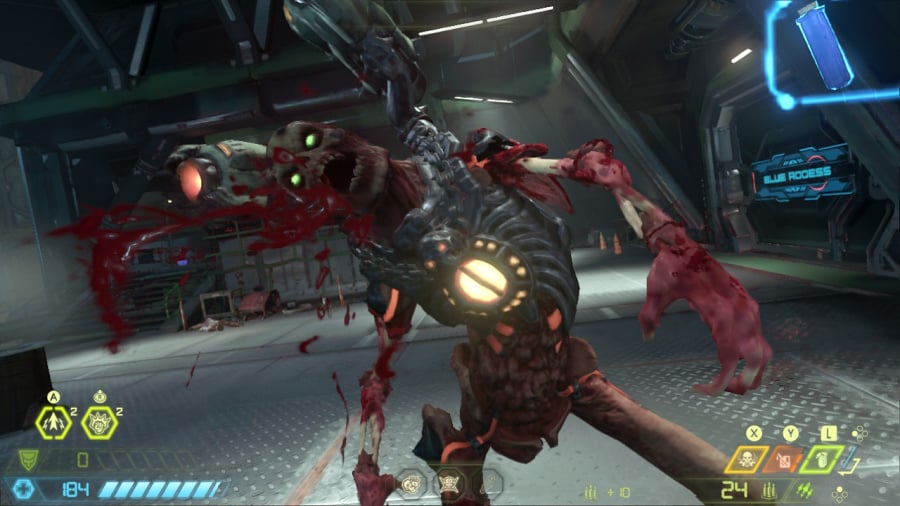 It’s been eight months since the first expansion DLC for Doom Eternal launched on other systems and now it’s finally here on Switch. If that seems like a long time to you, consider that the main game took nine months to come to Switch: if anything, things are looking up! Kind of.

The ancient gods, part one is a standalone campaign that follows the events of Doom Eternal. Without spoiling anything from what happened in this game, your mission did not end with your actions there, and now the demons of hell are lining up to try to take control of all dimensions in order to be able to invade Earth again.

The plot that follows is typical of Doom, in that it’s more than a Hokey Cokey half-marathon, but if you like all the nonsense that happened in Doom Eternal, you’ll appreciate where the game has it. leads here, especially its ending cliffhanger (this is the first of a Two-part DLC story, you see).

While The Ancient Gods Part One can be chosen from the main menu in Doom Eternal and doesn’t even require you to have started the main game, let alone beat it, we strongly suggest that you play through the main game first. Doom Eternal’s main campaign: not just for plot purposes, but because these are pretty difficult things. There are no tutorials, no easy opening areas with a few weak enemies, nothing like it.

Instead, right at the start of the first of its three long chapters, you’re immediately immersed in a huge battle with plenty of enemies, some of whom are higher level idiots. It might be a standalone expansion, but it feels a lot like a campaign that assumes you’ve already beaten the main one and are perfectly comfortable taking on hordes of its toughest foes right from the start. departure. So if you haven’t played Doom Eternal’s main campaign yet (or if you’re a little rusty… it’s been eight months, after all), do so first.

Not that they’re the same old villains you’ll face, of course. The Old Gods add a few new enemies to the mix, but truth be told, they’re probably the weakest part of the experience as they can be extremely boring to take down.

Turrets, for example, have a little purple eye that pops out from the top every now and then to shoot you. When you start to strike back, the eye goes out, and there’s really only one weapon that deals decent damage to it, so if it’s out of ammo, expect a annoying dead end (which doesn’t quite match the tone of Doom Eternal, where you’re supposed to be constantly on the move).

Spirits are also boring, although at least they are more inventive. These large pigs can possess other demons, which makes them much more powerful than normal. Once you’ve defeated the demon, you have a limited window of time to attack the Spirit – again, with a very specific weapon – otherwise they’ll own another demon and it’s back to square one. At least here, if you don’t have the weapon you need, you can just kill all the demons in the room, because with no one to possess the Spirit, he goes.

Those new enemies aside, it’s more or less business as usual in The Ancient Gods. While the pace might be a bit slower this time around thanks to the way the Newcomers are to be defeated, most fans of the main campaign will be perfectly happy with around 5-8 more hours of tear-and-tear gameplay. . . Do not play without having first faced the main game.