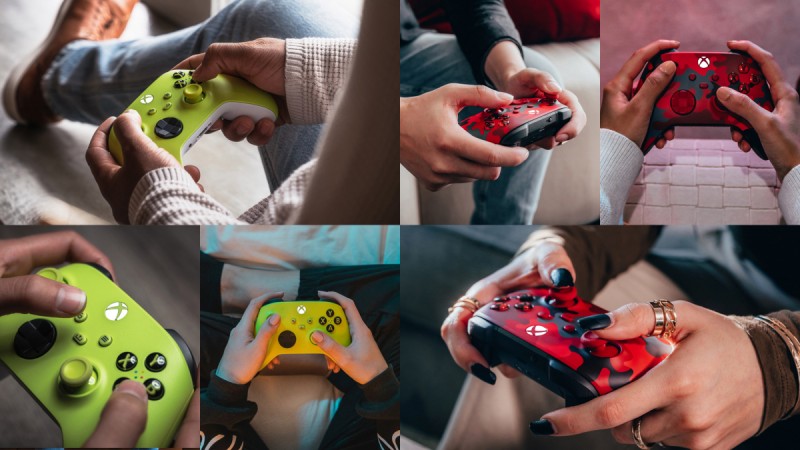 At the end of March, Microsoft unveiled two new Xbox Series X wireless controllers with the Electric Volt controller (which seems almost radioactive) and the Daystrike Camo Special Edition controller. Electric volt became available last month to order and now is the time for the red camouflage design to shine.

The Daystrike Camo Wireless Controller is more in line with previous designs for Xbox. Xbox loves its camouflage, and this red version definitely continues that tradition. This is the third Xbox Wireless Controller to debut in the steadily growing camouflage lineup after Night-Ops Camo and Arctic Camo. It is important to note that this controller will work on both Xbox Series systems as well as the Xbox One. 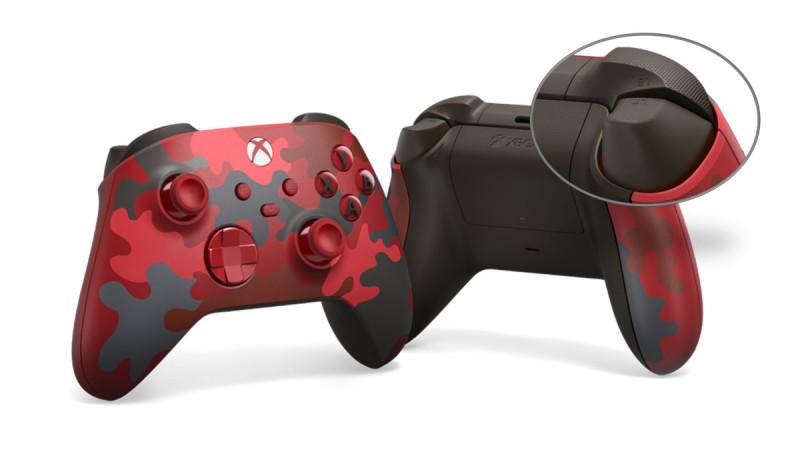 The newer controller, seen above, features textured grips on top of the surface where the bumpers are located in order to “keep your grip locked and on target.”

I’m not a big fan of camouflage myself, but I remember the arctic version of this design was very popular with Xbox fans. I dived with the electric voltage controller however, because I’m a sucker for anything brighter than my future. With new designs revealed and becoming available for purchase, that means Microsoft is considering bringing back its Design Lab, a Make Your Own Controller feature that has allowed Xbox gamers to design their own device with special color options and engraving tools. If you’re currently going to the Xbox Design Lab website, it just has this simple message: “BRB, we’re making changes.” Hopefully more will be announced soon. Maybe during E3?

With three different shades of splashed red with a black and gray background, Microsoft designed this one with a “streetwear vibe” in mind. The Daystrike Camo Special Edition controller is available now for $ 69.99. For those who are interested you can pick up this bad boy here.

Thoughts on Microsoft’s latest Xbox Wireless Controller? If you could create your dream custom controller, what would it look like? Shout those thoughts out loud in the comments section below!