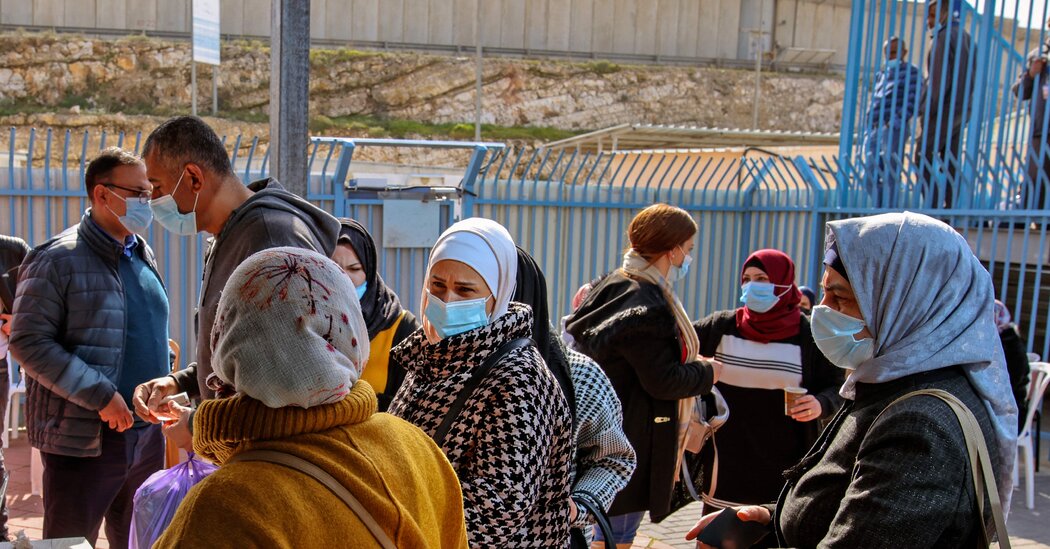 JERUSALEM – Government of Israel has pledged to send thousands of spare coronavirus vaccines to foreign allies, reigniting a debate on Israel’s responsibilities to those closest to their homes: Palestinians living under Israeli occupation.

On Tuesday, the governments of the Czech Republic and Honduras confirmed that Israel had each promised them 5,000 doses of the vaccine manufactured by Moderna. Israeli media reported that Hungary and Guatemala would receive a similar number, but the Hungarian and Israeli governments declined to comment, while the Guatemalan government did not respond to a request for comment.

Donations are the latest example of a new expression of soft power: vaccine diplomacy, in which vaccine-rich countries seek to reward or influence those with poor access.

Seeking influence in Asia, China and India have donated thousands of doses of the vaccine to their neighbors. The United Arab Emirates have done the same for allies like Egypt. And last week Israel even promised to buy tens of thousands of doses on behalf of the Syrian government, a long-standing enemy, in exchange for the return of an Israeli civilian detained in Syria.

The vaccines awarded on Tuesday were given unconditionally, but they tacitly reward recent gestures by host countries that implicitly accept Israeli sovereignty over Jerusalem, which Israelis and Palestinians regard as their capital. Guatemala has moved its embassy to Jerusalem, while Honduras has pledged to do so. Hungary has set up a trade mission in Jerusalem, while the Czech Republic has promised to open a diplomatic office there.

Israel has administered at least one injection of the two-dose vaccine manufactured by Pfizer to a little more than half its own population of nine million – including people living in Jewish settlements in the occupied Palestinian territories – making it the world leader in vaccine deployment. This enabled the Israeli government to strengthen its international relations with its surplus supply of Moderna vaccines.

But the move angered Palestinians because it suggests that Israel’s allies are of higher priority than Palestinians living under Israeli control in the occupied territories, nearly all of whom have yet to receive vaccines.

Israel has promised at least twice as many doses to distant countries as it has so far promised to the nearly five million Palestinians living in the West Bank and Gaza Strip.

The Israeli government says the Palestinian Authority was given responsibility for organizing its own health care system in the 1990s, after the signing of the Oslo accords which gave the Palestinian leadership limited autonomy in some parts of the occupied territories.

Israel has given 2,000 doses of the vaccine to the Palestinian Authority and pledged 3,000 more – symbolic numbers, given the size of the Palestinian population. And while Israel has hinted that more may come, it has yet to formalize any details.

“A few weeks ago there were question marks as to whether we had enough vaccines for our own people,” said Mark Regev, an adviser to Prime Minister Benjamin Netanyahu. “Now that it looks like we’re doing it, we can be more open with our neighbors.”

Mr Regev added: “The virus will not stop at the border and we have a very strong interest in the Palestinians being on top.”

But on Tuesday evening, an Israeli security official said the military department that coordinates between Israel and the Palestinian leadership has yet to receive government permission to deliver more vaccines to the Palestinian Authority.

In any case, human rights watchdogs say Israel should organize a routine immunization program in the occupied territories, rather than sporadically delivering a few thousand spare parts at a time. They cite the Fourth Geneva Convention, which requires an occupying power to coordinate with local authorities to maintain public health in an occupied territory, including during epidemics.

Watch groups also note that the Israeli government not only controls all imports into the West Bank and Gaza, but also, in recent submissions to the International Criminal Court, the disputed claims of Palestinians to sovereign statehood.

“It says a lot about a regime,” Mr. Barahmeh added, “that it is ready to send vaccines halfway around the world, potentially for a consideration, and not to offer the vaccine to millions of Palestinians. who live under the Israeli regime. Occupation.”

Reporting was provided by Gabby Sobelman and Adam Rasgon.