How warp pipes will work in Animal Crossing: New Horizons for the Super Mario event 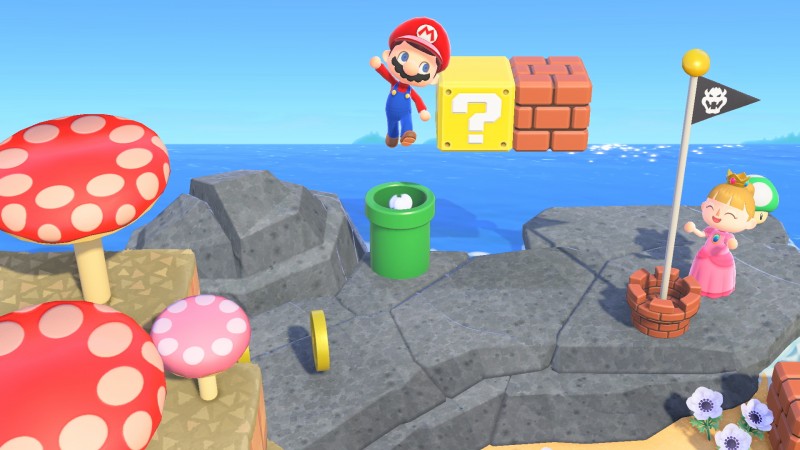 While walking around your island is a fun pastime, sometimes you just need to get to Able Sisters really quickly. We understand, we are not here to judge. Adding Warp Pipes to New Horizons will allow players to do just that, roaming their islands much more efficiently. While we saw Warp Pipes in action thanks to the latest Nintendo Direct, the Big N decided to go into a bit more detail on how the actual functionality works in the game.

In a recent tweet, Nintendo has a little more on how Warp Pipes work in the world of Animal Crossing. It’s quite simple, “Place two Warp Pipes on your island to warp them between them, even with one in your house! If you place more than two, the Warp location will be chosen at random.”

Place two warp tubes on your island to warp them between them, even with one in your house! If you place more than two, the warp location will be chosen at random. The # Animal crossing: New Horizons update arrives 2/25, with #Super Mario items to be purchased from Nook Shopping on 3/1. pic.twitter.com/JOmKNd19XZ

Can you imagine putting one in your room and one right outside Able Sisters? Maybe it’s just me because I’m such a fanatic for having “that lewk” in Animal Crossing, but being able to go straight from my in-game house to the clothing store sounds like a lot of fun. Or to a beloved villager. Recreation Center. Directly to Isabelle for a little love and support? Great!

Just like any other event, the Super Mario event will allow players to earn unique craft recipes, purchase themed products, and further upgrade their islands as they see fit. Piece Blocks, Warp Pipes and Itty Bitty Wario Costumes? It seems like paradise to us.

What do you think? Are you excited for the Super Mario event in Animal Crossing: New Horizons? What other games would you like to see in the life of this island? Give your opinion in the comments section below!