Having won the war in Syria, al-Assad is plunged into economic difficulties 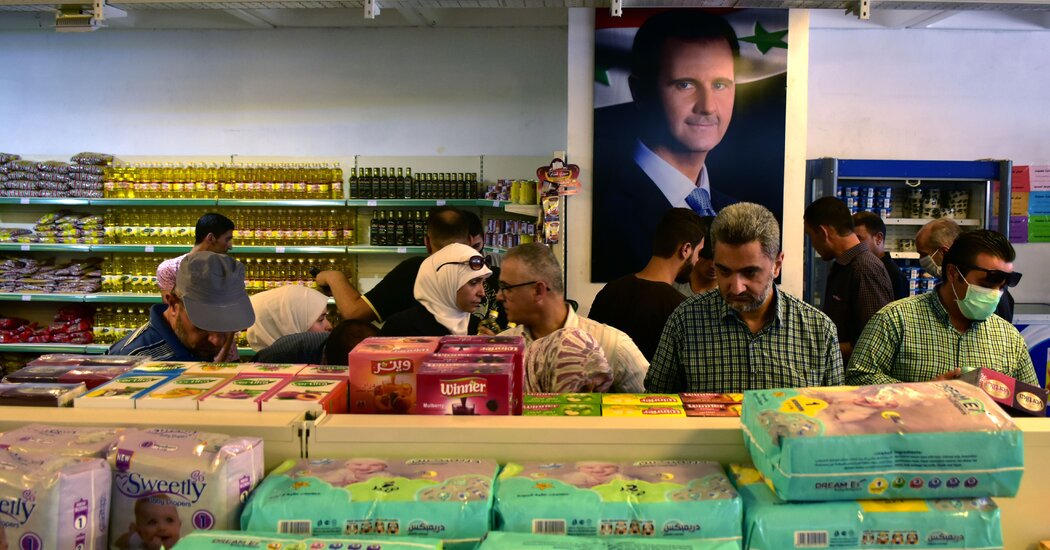 Most Syrians now spend their days finding fuel to cook and heat their homes, and waiting in line for rationed pita. Power cuts are constant, with some areas receiving only a few hours of electricity a day, barely enough for people to keep their cell phones charged.

Desperate women have started selling their hair to feed their families.

“I had to sell my hair or my body,” a mother of three said recently at a hairdressing salon near Damascus, speaking on condition of anonymity, like others interviewed for this article, for fear. to be arrested.

Her husband, a carpenter, was ill and was only employed sporadically, she said, and she needed fuel oil for the house and winter coats for her children.

With the $ 55 she received for her hair, which will be used to make wigs, she bought two gallons of heating oil, clothes for her children and a roast chicken, the first her family has tasted in three. month.

She cried in shame for two days afterward.

The decline in the currency means doctors now earn the equivalent of less than $ 50 per month. The head of the doctors’ union said recently that many were going to work abroad, in Sudan and Somalia, among the few countries that allow easy entry for Syrians but none of which have strong economies. Other professionals earn much less.

“People’s concern, more than anything else, is food and fuel,” said a musician from Damascus. “Everything is unusually expensive and people are terrified of opening their mouths.”

The causes are multiple and overlapping: widespread damage and displacement due to war; sweep away western sanctions on the government and associates of Mr. al-Assad; a bank collapse in neighboring Lebanon, where rich Syrians kept their money; and lockdowns to fight the coronavirus.