Bloodbath in Ecuadorian prisons as drug gangs fight for control 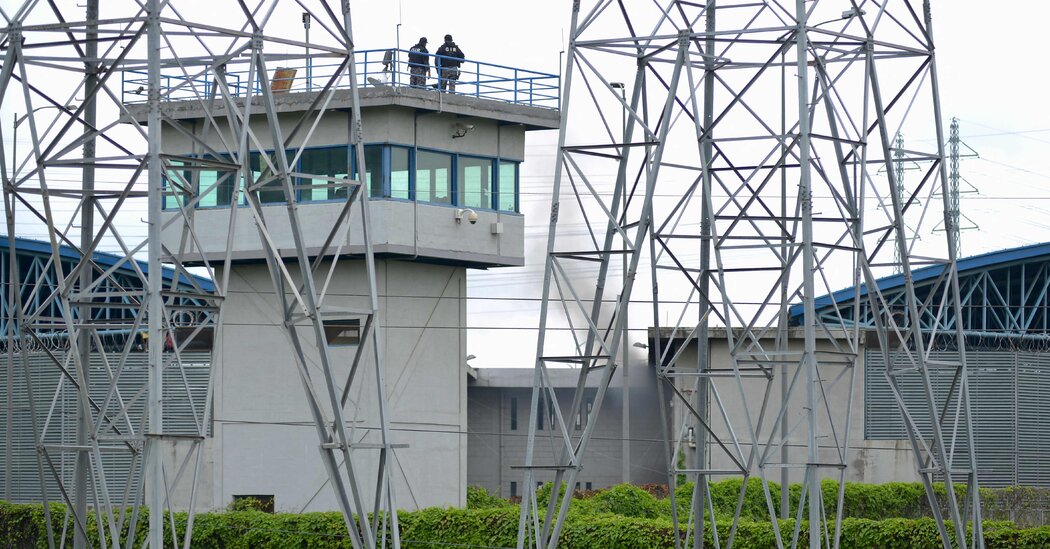 QUITO, Ecuador – More than 60 inmates were killed on Tuesday in the worst prison riots in Ecuador’s history, as rival gangs fought for control of the country’s growing drug trade.

Violence erupted in a series of coordinated mutinies Tuesday morning in three large prisons across the country, police said. It was only in the afternoon that the authorities regained control.

Videos recorded by detainees and shared on social media showed decapitated corpses and mutilated arms and legs, shocking a nation unaccustomed to the massacre. The gruesome imagery showed how deeply Ecuador has fallen into a violent spiral of organized drug crime.

“This sort of thing was unthinkable in our country,” Ricardo Camacho, who once ran the Ecuadorian prison system, said in an interview. “It’s a tragedy, a real shock.”

The government said Tuesday’s attacks were part of a feud between rival drug gangs.

In December, the leader of a prominent local gang called Los Choneros was murdered in a shopping mall in the port city of Manta, which has become a major hub for cocaine trafficking to Central America.

On Tuesday, the battle shifted to prisons as Los Choneros members retaliated over the death of their leader, said General Edmundo Moncayo, the head of the Ecuadorian prison system. Many of the victims, he said, were not linked to organized crime, but simply caught up in the fight.

“Two armed groups have tried to take over the criminal management of the detention centers,” General Moncayo said.

Although Ecuador does not grow large amounts of coca leaves itself, it is flanked by the world’s two largest producers, Colombia and Peru.

Colombian cocaine traffickers and guerrillas have long used Ecuadorian territory for operations, and in recent years have started to divert an increasing share of exports to neighboring countries as Colombian authorities tighten controls at ports and airports .

Ecuador’s overcrowded prisons have grown increasingly violent over the past three years as drug gangs have taken effective control.

The violence escalated after prisons were forced to cut budgets as part of an austerity package adopted by the struggling Ecuadorian government, said Daniela Oña, who studies human rights violations in the Ecuadorian prisons.

“It’s a multidimensional problem,” said Ms. Oña, noting that there is now “less money for psychology, sport, culture, social work – all of these factors that prevent successful reintegration into society.

In December, five inmates died in a scuffle between members of a local drug gang, police said. In 2019, two dozen Ecuadorian detainees died in a series of mutinies, with two victims burned alive.